The Intersection of Art and Science 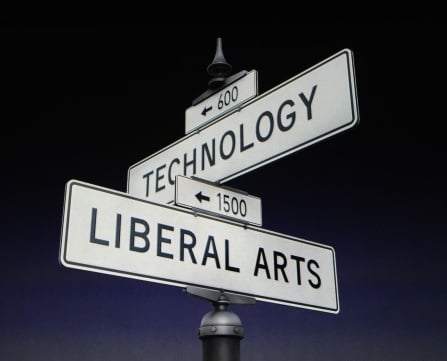 This is the first post in a series of four, where Ed Leighton-Dick, via Brent Ozar, is proposing that we SQL Server folks participate in the #SQLNewBlogger Challenge.

I write a fair number of words on my personal website, and tend to neglect this site. Reading Brent’s post, it occurred to me that I can draw lines of parallel between my personal life and my SQL Server life, through this short series.

Those who follow my antics on social media know that I have recently begun dabbling in the professional arts, and specifically on-camera work. In fact, I just wrapped on a short film that makes its debut on 19 April 2015.

So why act? Why go through the bother of learning those skills, the hell of auditions, the challenge of learning lines and not spiking the camera, for little to no work, and no money at all?

Microsoft SQL Server is a great example of science. At the PASS Summit last year, I had the privilege of listening to, and even talking with, people like Dr Rimma Nehme, Conor Cunningham, Kimberly Tripp, Bob Ward, Gail Shaw, Paul Randal and other equally magnificent technologists and computer scientists from all over the world.

And yet, how do we answer questions when asked how to do something in our very scientific field?

That is the very definition of art. Somehow, when faced with expensive, extremely complex technology, based on scientific and mathematic absolutes, we just shrug and say those two words.

It is then followed by an in-depth technical explanation of the pros and cons of each option, where we swing back to science again.

But even so-called simple things like index management require strategies. That implies a degree of planned uncertainty.

We get to be artists.

To answer my own question of “Why?”, I act, write and direct because I love it, and have loved it, since I was in my first school production in the mid-1980s.

I find learning lines incredibly difficult. I shake like a leaf when I audition, to the point where I cannot hold anything in my hands. I have one or two minutes to deliver a rehearsed scene in front of a director or camera without making eye contact.

If I am auditioning for theatre, I have to act “bigger”. On camera, it’s “smaller”. It’s all about time limits, it’s about making choices that are in the moment. I would not trade that feeling of trepidation and inadequacy for anything, because the pay-off is so magnificent.

Sit me down in front of a SQL Server instance, and I am calmer than you can imagine, because the very last thing I want to do is make a choice in the moment. I have as much time as I like to investigate, to draw conclusions, to ask people if necessary, and then plan a series of steps to test, test and test again, to make sure the result is what is needed.

That is what prepares you for that emergency, where the CPU graph is at 100% on all 16 cores, the storage subsystem has 6,000ms latency, database connections are being dropped, no one can connect, and the CEO is glaring at the screen over your shoulder, asking when you will be done.

I would not trade that for anything in the world, either. The pay-off of query tuning, of improving the storage layer so that people can get their work done faster and more efficiently, is magnificent.

The two worlds are diametrically opposed on the face of it. Yet, one has prepared me for the other. I do not relish being in those stressful situations, but I do know how to act in the face of intense pressure.

Thus ends my writing drought for now. Come by next week and read some more.